The press release written by me, was first issued on Sunday, 22 November 2009 on http://www.meretz.org.uk .  The conference was fully researched and organised by me, minus on the ground implementation on the day.

People who can not pay the lowest rate above, but who wish to attend are advised to contact the office by email and state their case for an application of a further reduced rate.
Any surplus income will be donated to charities related to the
presentations, including Asylum Aid, ARDC, SOS Children Villages, Save Behnam.
Featuring:

to perform at our refugee day

More:
If any people are experts on being refugees by their experiences throughout human history, the Jewish people would surely make a good candidate. Jewish people with direct refugee experience live still amongst us and can recount their still vivid memories. What the German Nazis labelled to be racial sub-humans “Untermenschen” were to be expelled from the German Reich by force. Today many Jewish people are well settled in relatively safe countries. Our refugee experience obligates us to look around us. What are the realities of refugees today? The last few decades saw a tightening of the EU borders to outsiders, with an increase of desperate people willing to risk all to reach Western shores. Many just want a better chance in life, others are refugees from the war torn battlegrounds that humanity fails to prevent or end. Asylum Laws have tightened in spite of the introduction of the European Human Rights Charter in the U.K. 1000s of people drown every year trying to cross the Mediterranean Sea to reach Europe, others perish in deserts. Many live phantom existences in European towns, exploited, without medical aid, always on the run. People smuggling has grown into a sophisticated business involving criminal gangs from many corners on earth. In Israel Darfurian Sudanese refugees and other migrants who hoped the Jewish people will understand have made headlines, mostly because of appalling treatment by the state and related authorities. The birth of Israel supposed to end unsafe refugee existence of Jews caused other Jews from Arabic speaking countries to become refugees and the stories of Palestinian refugees goes hand in hand with the establishment of Israel, and remains still unresolved. This is the reason why Meretz UK has decided to dedicate a special day on the issue of refugees and migrants to inform, discuss and encourage to help and take action. We have succeeded to get an excellent line of speakers and what’s more money raised through this event will reach refugees in Europe and in the Middle East.

Be there listen, participate, get encouraged, take action!

David Rosenberg: is a teacher and writer who also leads guided walks on London’s radical history (http://www.eastendwalks.com/). He is on the National Committee of the Jewish Socialists’ Group and on the editorial committee of the  Jewish Socialist Magazine. During the 1980s he was co-ordinator of the Jewish Cultural and Anti-Racist Project and then worked for the Runnymede Trust – a research and information body dealing with issues of racism and discrimination. 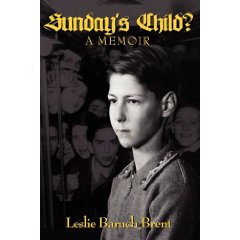 Leslie Baruch Brent’s autobiography is called “Sunday’s Child? A Memoir.” He is University of London Emeritus Professor, and a Kinder-transport refugee, and has been outspoken on a number of civil rights and human rights subjects in the past.

Edwin Shuker fled Iraq when Arab Nationalism caused Jewish expulsion as a response to the foundation of Israel. However he is a man of bitter sweet memories, who thinks that the Jewish experience amongst Arab and Muslim countries has more to offer than an example of failure, but also a possible example how “Others” can live successfully amongst a non-Jewish Muslim majority in the Middle East. 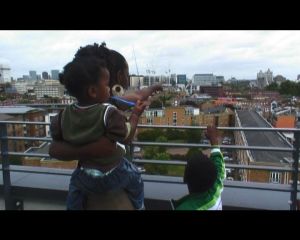 Out of Sight, Out of Mind is a 25 min documentary following three mothers as they struggle to provide a normal life for their children against the shocking reality of being an asylum seeker in the UK. Emily Harris and Yoni Bentovim are an award winning filmmaking duo. They began collaborating whilst studying at the London Film School and have continued to produce successful projects ranging from drama shorts and feature to television documentaries. The film was recently screened at the Human Rights Film Festival.

Jayyab Abusafia is  from Jabylia Refuge Camp in the north of Gaza Strip, the biggest Refugee Camp in the Occupied Territories.  He is studying for a Journalism career here in London.

Nitzan Horowitz, MK  cancelled due to unexpected committment in Germany.

Rotem Ilan, of the organisation Israeli Children, replaces Nitzan Horowitz on suggestion of his office.  Rotem was described to us as one of the real hopefuls on young Left in Israel.  Being only 24 years of age, with a BA in Psychology and Special Education she set up “Israeli Children” herself in July 2009.   “Israeli Children” is fighting against the government decision to deport children of migrant workers that were born and raised in Israel. She will introduce the organization (that is supported among others by MK Nitzan Horowitz from Meretz), and talk about the absence of a clear migration policy in Israel that led to the current situation in which these children are facing deportation after they already felt a part of the Israeli society. See here for a profile in Haaretz.

Ben Du Preez (formerly Amnesty International (Refugee Rights) and Sadaka-Reut): Refugees cared for by African Refugee Development Centre (ARDC), Tel Aviv. ARDC was one of the first is today one of the leading organisations to reach out to non Jewish African refugees in Israel. Ben Du-Preez worked alongside ARDC as part of his mission in Israel to check on refugees in prisons. Du-Preez currently took a break from work to study at SOAS.

David Project (Boston).  An educational trust and lobby group that serves to promote “strong voices for Israel,”  who also campaigned for the story of Arabic speaking Jewish refugees to be publicised.  They and Isra TV are producers and promoters of the documentary “The Forgotten Refugees, (Executive Producer: Ralph Avi Goldwasser
Director: Michael Grynszpan)” winner of the Marbella Film festival 2007 and The Warsaw Film festival 2006. 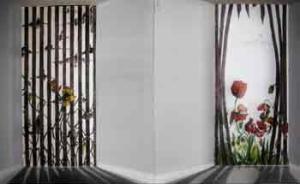 Pauline Levis is a single-handed grassroot campaigner for an Iranian Refugee and Asylum Seeker. She is a former chair of Meretz UK by coincidence.

Mimitah Abofando is a  professional singer originally from the Democratic Republic of Congo. She grew up in a refugee family in the UK and has recently won the award of best new talent at the 2nd African Music Award. http://www.mimitah.com/

Buy Tickets either via our online facility here (now deleted), with a cheque issued to to Meretz UK, 37a Broadhurst Gardens, London NW6 3BN or pay on door.  Limited Availability!

This article was first published on the Meretz UK website.
—
Meretz UK Executive Director Daniel Zylbersztajn has met with Sar Elyakeem Ben Yehuda  one of the most senior members of the African Hebrew Israelites, who most prominently live in Dimona, Israel as well as in Jerusalem.

Mr Ben Yehuda has in January 2009 become the first member of the African Hebrew Israelites to be granted full Israeli Citizenship, which also extends to his children.  Ben Yehuda is currently in Great Britain and Europe to raise awareness about his community and change often false perceptions about it.

Ben Yehuda lived in Israel since 1971.  He is a worldly man of high intellect with a friendly approachable manner.  He said that the community had grown from its humble beginnings to count now 3000 members, not even counting supporters abroad.  He mentioned the various positive projects they were engaged in as a community to both defend Israel’s right to exist to amongst some prejudiced African communities, as well as to promote peace in the Middle East.  He said, “some believe we are a cult, but in the 40 years of being in Israel we have proven to be a positive part of Israeli life.”

He was interested in how he and members of the African Hebrew Israelites in the UK could help to improve the image of Israel amongst the wider African communities in the United Kingdom.

He mentioned that the community had met with delegates of the Obama regime, as well as through a member who holds a ministerial governmental post in Ghana.  Further that Shimon Peres had recently addressed the community as a positive part of Israel.

In the conversation Daniel Zylbersztajn conceded that whilst Kibbutzim were on the collapse nearly everywhere else in Israel, the African Hebrew Israelites are proving the Kibbutz idea well and alive in their own community and that also significant achievements were made in changing lives around for some people who have become their members.  Not only through work in deprived inner city communities in the West but also through worthy projects in the South.  He thanked Mr Ben Yehuda for seeking to meet with him and Meretz UK.

A public introductory talk on the African Hebrew Israelites at Meretz is planned for 2010.

The African Hebrew Israelites are a Jewish community of mostly African members (both diaspora and continental) who understand themselves as part of the Jewish People, both by calling, as well as by migratory routes in the past.  They study Torah and Jewish Law and live an environmentally aware, naturalist and ethical Jewish life-style.  For more information see
http://africanhebrewisraelitesofjerusalem.com/


Meretz UK supports the rights of the African Hebrew Israelites to settle in Israel.  If some supposed birth right migrants to Israel become Neonazis (see http://news.bbc.co.uk/1/hi/6985808.stm) then one can only endorse a group of people that feels so positive about living a Jewish life in Israel and wanting to be part of Israel.

Meretz UK also rejects the idea and fact that the orthodox Ashkenazi and Spheradic rabbinical authorities in Israel, who have political power through representation in the Knesset, should have the sole right to define and decide who is a Jew and who not when it comes to Israeli citizenship.