My latest report in the Jüdischen Allgemeinen, Germany’s Jewish national weekly explain why Jewish rabbis choose the bicycle over other means of transport.  Use an online  translation service such as Bing translate or google translate to get the German translated into any language of your choice.

Fotos, die es nicht in die Zeitung schafften | Photos that didn’t make it into the paper 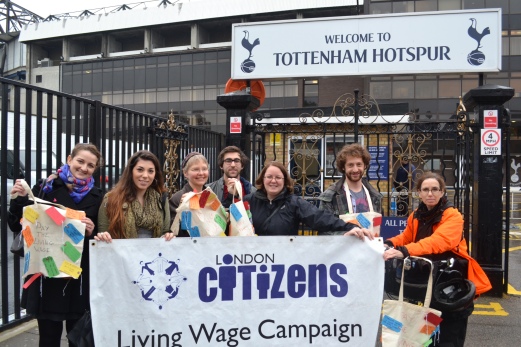 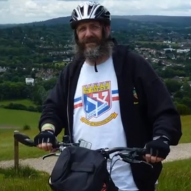 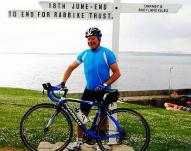 ENGLISH: The full text of my report on the London Prudential 100 can be read in Die Zeit here (in German).

Please use Googletranslate to get a reasonable English translation.

Here some special comment for my English readers ( text not related to German version):

It was most certainly one of the longest most physical stories in the making, when I was asked by Die Zeit , if I, as journalist who worked during the London 2012 games, could partake in the cycle race London Prudential 100.

To be precise, it took nearly five months of every day preparation to gain the fitness level necessary for the endeavour.  I followed mostly a plan suggested by the organisers, but also another bag of skills of mine in Sports Coaching (I hold also a Master of Science in Sports Coaching / Sport Psychology) to prepare myself. But I also had to fix my old bike, about which I knew nothing, but was able to do through the help of London’s new award winning DIY bike fixing workshop “Bike Kitchen.”

As test distances I had travelled to Brighton twice and failed once due to a flat tyre.  On the second attempt I also had a flat tyre 3 km before the finish (which I was unable to fix, as the second tube burst) and walked the remainder to Brighton station.  Many more times I visited Epping Forest, Regents Park and Highgate, before I tried out the Surrey Hills, which represent the difficult part of  the race.  The first time on a 50 Miles trip I had a true shock due to their unexpected steepness, a few weeks later I tried 70 Miles and then, much nearer to the race time, a 91 Miles test-ride.

I bought jerseys, padded pants, bibs, gloves, cycle oil and more.  In doing so I discovered that cycling is big business and you need to watch your spend.  One of the difficult things was to find a fair-trade jersey, much of those come from sweat-shops.  Morvelo was one of the few exceptions.

In the end it was all  good enough, I finished most of the segments of the London Prudential 100 in good time, much of it in personal bests.

The most important thing though and I wrote about it in the article in Die Zeit was the empowerment of cycling the race provided.  The closed roads, such as the A12, just gave a unique and very different experience of what roads can be for and what they could be like without motor traffic.

No pollution, no dangerous driving, or huge lorries.

On the day after the race a cyclist died in Archway, very near to one of my weekly training grounds in Highgate.

There are questions left unanswered over many decades in London, as to why cycling was for so long not a priority.  It is now, and many streets need to be modified, some need to be reserved even solely for cycling.  The festival of cycling called the London Prudential is a directional outline to where London needs to head and it is good the mayor of London witnessed that in person.

This article explains the recent announcement on changes on cycling in London after the release of the mayor Boris Johnson’s  policy statement of intend entitled ‘A cycling vision for London.’   The article explains the importance of the local lobby group London Cycling Campaign (LCC) and the transport committee of the Greater London Assembly.  Their chair Caroline Pidgeon said amongst others (this is not in the article) that their own consultations, which included expert witnesses from Holland and Denmark alongside discussions on twitter had helped and kept the pressure on.

LCC added that the talks this time involved all stakeholders, because all had an interest in higher safety.  Pidgeon stated that the money set aside by the mayor represented no real term increase.

Curious in the making of the article was the mayoral press office failure to answer my questions (even though I had extended their deadline three times by a several days up to over a week), and in spite of promises and reminders.  Officially I was told they were too busy and that I had asked quite a few in depth questions.

Full report (use google translate if you do not read German) :  www.taz.de/Radwege-in-London/!114047/