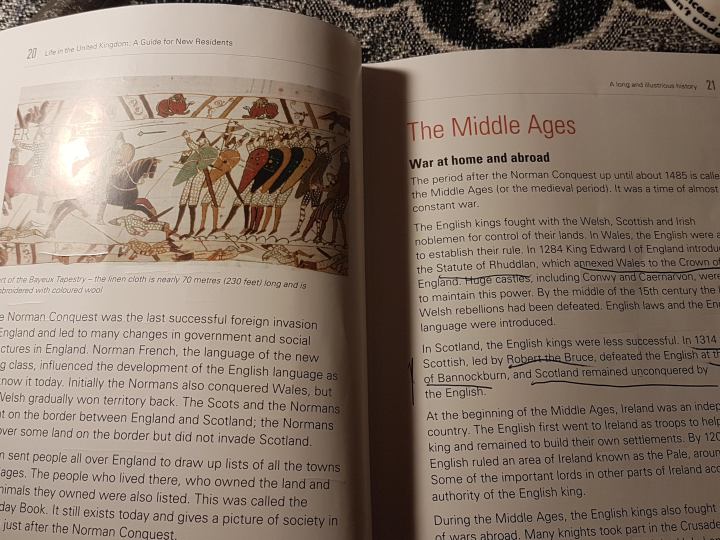 Dear Lord Hodgson
Citizenship and Civic Engagement Committee
on Friday I will take the citizenship test.
It is Brexit, that after nearly 30 years in the UK, made me apply for a UK citizenship.
As part of the requirement to prove my worthiness for a citizenship application, I have to pass a citizenship test.
Reading the guidance book Life in the UK was an exercise that left me speechless in parts.
I noticed that you have discussed the test recently in Parliament and that your committee found it to be lacking, if not an obstacle to citizenship. I agree.
As somebody who lived here for just under 30 years and who has acquired three UK university degrees (and half a PhD) and a vocational diploma, volunteered, sparked a functioning community group, who was a youth mentor for criminally endangered young persons, and who works as a correspondent, to name a few things, it is indeed an insult to even have to do this test. Moreover, it is a sheer travesty what is inside the book: huge omissions and shameful mistakes.
The sections on services, rights and expectations are fair enough, but the book fails:
It beggars belief that people applying for citizenship are examined on such a narrow one-sided and facts omitting book.
I think your committee should urgently revisit this book and question those who composed it, and those who composed the test and have it assessed by academic experts of UK society and history and philosophy and direct the Home Office accordingly.
Attention should be given to an inclusive account, that reflects Britain’s diverse populations adequately and respectfully.
In the climate of critique of the Home Office regarding the “hostile environment,” I believe you should not overlook this citizenship test and its guidance book.
With kind regards
Daniel Zylbersztajn

Thank you for this email. Last year, I chaired a Select Committee on Citizenship and Civic Engagement. Our Report is available on the Parliamentary website (HL Paper 118). We did indeed make a number of comments and criticisms of the Citizenship Test (see para 463-473 of the Report). The Government have accepted our recommendations and an update of the Test has begun.