An organsation in London stands up for many human rights issues, and bases itself on the legacy of Rene Cassin.

A very interesting report how hackers, programmers and IT enthusiasts can legally challange data in the UK to improve democracy.  You can translate the German original using a translation programm like google translate.  It’s worth it!

All photos of the Parliament Hack 2013 can be reused freely as long the author is quoted clearly as (c) Daniel Zylbersztajn and ideally linked to dzx2.net  Thank You

My report about Somalis in the UK started when Taz and I thought it would be time to report on this much under-reported African minority in the U.K.  Little did we know that soon Somalis in London would become headline news, courtesy of the idotic acts of the British far right.  Not just was a Somali community centre torched, following the murder of the soldier Lee Rigby, but within the time frame of my research one young Somali young man was stabbed in a street violence incidence in Camden, London and thereafter the events in Nairobi came to label Somalis everywhere.  Not enough Barclays announced it would stop the financial services that facilitated money transfe

Was nicht in der Zeitung stand:

This article highlights London’s African and African-Caribbean History throuh a guided Black History Walk I attended.  You can use googletranslate to get a relatively good translation of the article which gives an interesting extension of what you may know about London.  The point is that this history is still missing on most ordinary city walks, or the British conscience of itself.  Black history in the mind of Brits consists of having abolished slavery, being the good man, rather than a driving factor in discrimination, subjugaton, exploitation, theft and murder on grounds of the priviledge of the European background and lighter skin complexion. 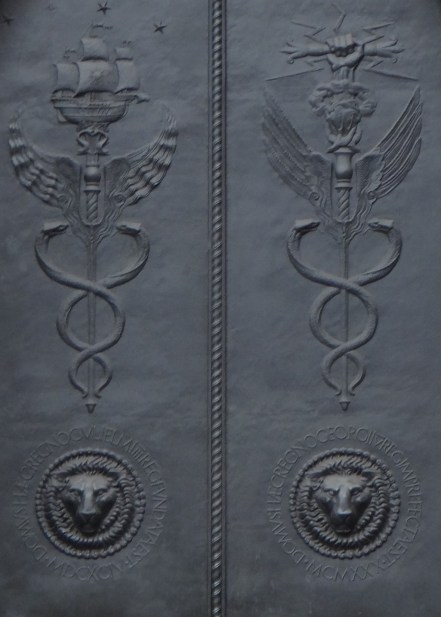 Door of Bank of England

Nelson Mandela the only African on most tours of London. (All rights Reserved Daniel Zylbersztajn) 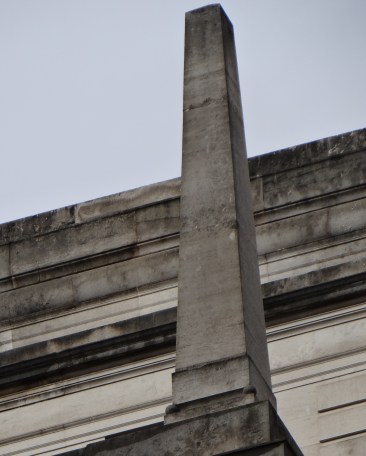 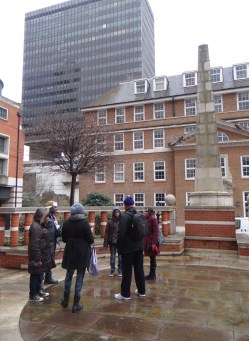 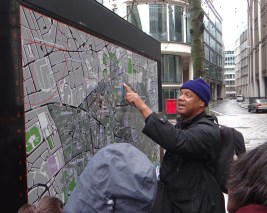 In this collaborative feature Oliver Pohlisch and I grapple with the cuts to sport in schools in Great Britain amidst talks of the Olympic legacy.

Olympic sponsors of the sustainable and ecological London Olympic and Paralympic Games gave an estimated 600 Million Pounds to London.  Amongst them are some very disputed if nit unethical companies,  say campaigners.In my article I asked the key people responsible for London 2012’s sustainability, the Olympic sponsors and their oppononents.  www.taz.de/Grosskonzerne-bei-Olympia/!98221/There is also a visitor guide  by me.

I have not been posting for a while but have been busy with quite a few things,  none of them are yet available for display or listening though:

More concrete information will be released in due time!

Punch and Judy and and German Kasperl have not much in common or so it seems.

My latest contribution to Deutsche Welle examines this further.  DW has released

a printed version prior to the audio feature.

Feature was aired on 13th of March 2012 on World-Link (Deutsche Welle).  Please contact DW to request a copy of the podcast (E-Mail Link) if you missed it, or Read the Article on DW here!

So what on earth got me to do this feature?  It was about two years ago that I encountered Punch and Judy first with my daughter in St George’s Park, Holborn on St George’s Day.  I thought we were going to see what I knew as a Kasperl show, but was taken back when I saw Punch whom I thought to be Kasper, hit everyone of his characters.  To my amazement my daughter stomached it but I came out outraged talking to my friends about the brute Brits.  A year later on another show near Covent Garden, my daughter’s friend, they are French – Irish,  run crying away from the show, whilst my daughter quite liked it.  At the end of the show I spoke to the puppeteer, who turned out to be Geoff Felix, a Punch and Judy puppeteer of many years experience, who as I later found out kept a whole historical archive on the show.  I asked him why it was so different from the  German version and it was him who first suggested to me that actually there was such a play in Germany, but it was transformed, his real words were “sanitized” through the Nazi Reich. So this story it seemed wasn’t so much about the supposed brute Brits, but about the even more brutal Germans.

This really drew my curiosity.  I had never head such a thing.  Was it true?  I kept the idea in my head, and made sure I took all the essential details from Geoff.  I few months later I found myself in the  Munich city museum in the puppet exhibition.  And there I saw to my astonishment that in deed Kasper prior to 1932 was the villain you recognize as if you are British.

After some research and the fact that Punch and Judy’s 350th  anniversary was about to come up I pitched BBC World Service with my idea to run the story why the puppet plays would be so different in the two countries, Germany and the UK.  The BBC answered to my astonishment with “definitely not!”  It still puzzles me today why it was the BBC – who was after all are  based in Punch and Judy’s  home-country-  that  felt  the story was not worthwhile.  I wondered if perhaps they had a negative view of the show, being “violent,”  and part of  children entertainment at the sea-side.  Neither was the Sueddeutsche Zeitung in Munich interested, the paper being based near  the  home of  the German 1920’s Kasper assemble inside  the Munich City Museum.  The German weekly Die Zeit was interested, but felt the style wasn’t right, perhaps they wanted it more in a more arty way, which is quite unlike the tradition of Punch and Judy, rooted in impoverished working class puppeteering.  But my editor at Deutsche Welle called me within minutes of telling him about the idea.  He is an American living in Cologne for some time now and like any migrant has to negotiate two cultures, in his case the very differences between Anglo-Saxon and German culture that my feature attempted to investigate.

Slowly a picture began to emerge.  After speaking to Manfred Wegner from the City Museum of Munich, who oversees the permanent puppet exhibition I was just as unsettled about the civilised tamed Kasperl as I was initially about the portrayed violence of Punch and Judy.  This conflict made me contact Prof. Andrew Tolmie at one of Europe’s  leading centres in child psychology.

There are still no definite answers, but I think if one contextualize either play tradition, they both of their right place in the imagination of a child.  It is worth pointing out, that neither Punch, Polcinella, nor Kasperl at their beginnings were actually part of children theatre, but pointy and witty adult entertainment.  They evolved into the children’s genre only gradually.  Whilst violence is till displayed in every Punch and Judy, one thing that isn’t  is the once traditional use of  animals, in particular a little dog usually called Toby, nor will you find an African character that only speaks gibberish.  I was told the reason is simple.  A puppeteer plays to a live audience, if he plays things that the majority of an audience dislikes, he is out of a job.

Another comment I like to make is that the friendliness of all the puppeteers I met was remarkable and quite above the norm.  These are thinking people who enjoy entertaining children for their genuine laughter.  It isn’t always easy living, and I heard about quote a few injuries to, either to backs or shoulders, and playing puppets is quite physical, but regardless it seems that once they start playing they almost can’t stop it.  Geoff Felix said to me that there is a saying among Punch and Judy players:  If you look after Mr Punch, he will look after you!”

Article on thinking about Jewish-Polish, Jewish-German relations and simply on the issue of being a neighbour, or not!  Leading Feature Open Democracy 4/11/2011

Special thanks to the editors of Open Democracy, above all R.B., and front page ed., for your interest as well as choosing this as your leading weekend feature-story.  Thanks also to Ben Gidley, James Renton and Agnieszka Piśkiewicz for their respective input and Kei Kulp for one of the pictures. 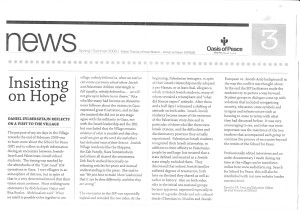